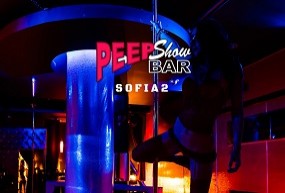 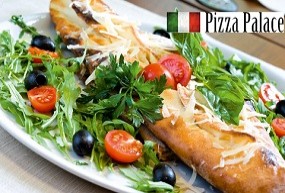 District Sofia is a district of Bulgaria. It is also often called the Sofia-city district. It covers an area of 1 348.9 km². Its population amounts to 1 291 591 people, making it the most populated area in Bulgaria. The majority - 1 202 761 or  93.4% of the inhabitants of the district live in Sofia.

To the north, east, west and southeast borders the Sofia region and to the southwest with the Pernik region. Includes only the Metropolitan Municipality.

The postal codes in the Sofia-city district are from 1000 to 1999, separated in several postal areas. The Vehicle Code is C, CA or СВ and the СВ code enters into force from mid-November 2014.

Sofia is the largest city on the territory of Bulgaria. In 1870, it is inhabited by about 19 000 inhabitants, while the largest town at that time was Stara Zagora, which before the burning (1877) numbered 25 480 inhabitants. Several years after the Liberation, the town step by step began to grow with migrants from all over Bulgaria, but mainly from Radomir, Tran, Orhaniya region, Breznitsa region, Samokov and Tsaribrodsko. In the period from 1900 to 1946, the city's population suffered the largest increase - from about 68 000 to over half a million.

The population density at the end of 2000 was 909.1 people per km². According to some printed publications, the actual population of the capital is over 2 million people. According to official statements, every year the province of Sofia is permanently settled from between 25,000 and 45,000 people. This has caused many problems for the city - overcrowding, increasing number of cars, air pollution, street traffic, building crisis, lack of parking space, and so on.

According to the calculation in 2011, the population of Sofia consists of the following ethnic groups: 1 136 000 Bulgarians (96%); 18 300 Roma (1.5%); 6 500 Turks (0.6%), around 17 000 people have identified another ethnic group or have not identified themselves. There is no difference in the percentages of these three main ethnic groups in the capital compared to the 2001 calculation; as a number, the only major difference is among the Bulgarian population, which has risen by 12 000. The 2001 calculation also lists a few smaller communities in Sofia, including 3100 Russians, 1700 Armenians, 1200 Greeks.

Neighbourhoods physically separated from the built-up part of the capital:

Neighbourhoods in the built-up part of Sofia, far away from the main residential part of the city, separated by industrial zones:

Sofia was announced for the capital of Bulgaria 131 years ago.

The first light bulb was lit in Sofia on July 1, 1879 for the solemn welcome of Prince Alexander Batenberg in the city.

The first telephone conversation in Sofia took place in 1884.

The City Garden is the oldest park in the Bulgarian capital Sofia, located in the center of the city...

TV Tower "Kopitoto" is a television tower located in Kopitoto area on the Vitosha mountain...

Lion Bridge is an important crossroad and bridge in the central parts of Sofia. Prior to its constru...

The mausoleum of Alexander I Battenberg

The Museum of Physical Culture and Sports

The Museum of Physical Culture and Sports is housed in a specially adapted hall at the National Stad...

Art-House with the "Kuklite" Museum is a unique Bulgarian doll museum with over 3000 dolls...